BUSD vs USDT vs USDC: What Is The Difference? 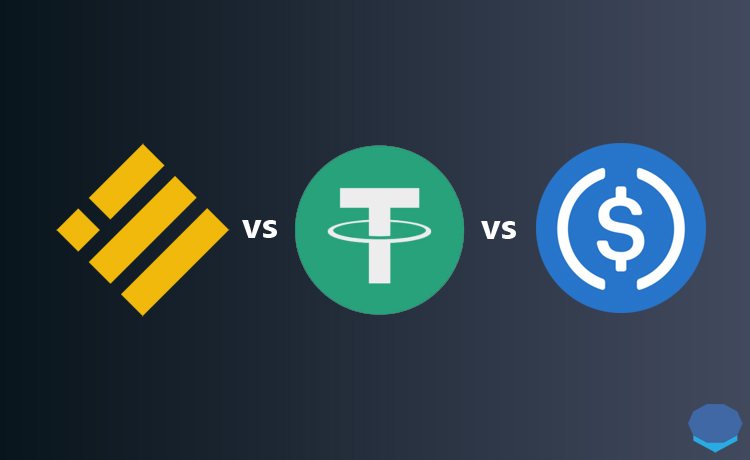 There are many stablecoins in the cryptocurrency market. The largest ones by market cap are USDT, USDC, DAI and BUSD.

The common thing with these stablecoins is that they all track the US dollar. There are also other kinds of stablecoins such as WBTC, which is backed by Bitcoin and follows BTC price.

If you trade cryptocurrencies on Binance or other exchanges, you can see that there are usually more than one stablecoin and more stablecoin pairs for each coin such as BTC/USDT, BTC/USDC and BTC/BUSD.

In this guide, you can find out which stablecoin you should hold and trade, and the differences between BUSD, USDT and USDC.

BUSD is a stablecoin developed by Paxos in partnership with Binance. Paxos are also issuer of other stablecoins Paxos Standard (PAX), HUSD and PAX Gold (PAXG).

BUSD are approved and regulated by the New York State Department of Financial Services and is 100% backed by U.S. dollars held in FDIC-insured U.S. banks.

Also, an auditing firm (Withum) audits BUSD monthly to check if the money held in banks matches the BUSD supply, which you can check out here.

On the other hand, USDT is not regularly audited. The last audit published on Tether’s site dates back to 2018, which was carried out by Sporkin & Sullivan LLP. But they do publish the value of their reserves daily which can be seen on this page.

Another difference between BUSD and USDT is that the reserve that backs USDT is held in offshore banks which are regarded as less trustworthy. To date, there have been also many allegations about Tether, a summary can be found here.

So one can say that BUSD is safer than USDT. This is actually true. But, if you are an average trader, it really does not matter whether you trade BTC/BUSD pair or BTC/USDT pair.

But, if you want to hold really large sums of money in the form of stablecoins, holding only BUSD or splitting the money between BUSD and USDT might be a better idea.

Other than that, there is really no any difference between BUSD and USDT. If you are an average trader, you should rather look for volume, arbitrage opportunities, etc.

If you want to trade all major stablecoins such as BUSD, USDT and USDC and pairs like BUSD/USDT, you should use Binance.

After USDT, USD Coin (USDC) is the largest stablecoin by market cap. USDC is governed by Centre, a membership-based consortium, of which Circle and Coinbase are founding members.

So USDC is basically a stablecoin launched and governed by Circle and Coinbase. USDC is also audited montly by an auditing firm, Grant Thornton LLP, just like BUSD.

The company behind USDC follows US regulations and works with established banks and auditors, which is not the case with Tether (USDT). So USDC, just like BUSD, is safer and more transparent than USDT.

If we compare USDC to BUSD, both stablecoins are actually pretty similar as they both follow US regulations and work with US banks and auditors.

Again, if you are a trader, you can trade both USDC and USDT pairs. It really does not matter that much.

But, if you will open large positions on cryptocurrencies, you can prefer coin-margined products instead of USDT-margined ones. Also, you can hold more than one stablecoin instead of depending on one to mitigate risks.

Check out the guides below to reduce Binance fees and learn how to trade on Binance Futures:

How to Deposit USD, EUR and GBP to Kraken

How to Long Ethereum (ETH) on Binance

MetaMask Tutorial 2022: How to Set Up & Use MetaMask

How to Deposit USD, EUR and GBP to Kraken