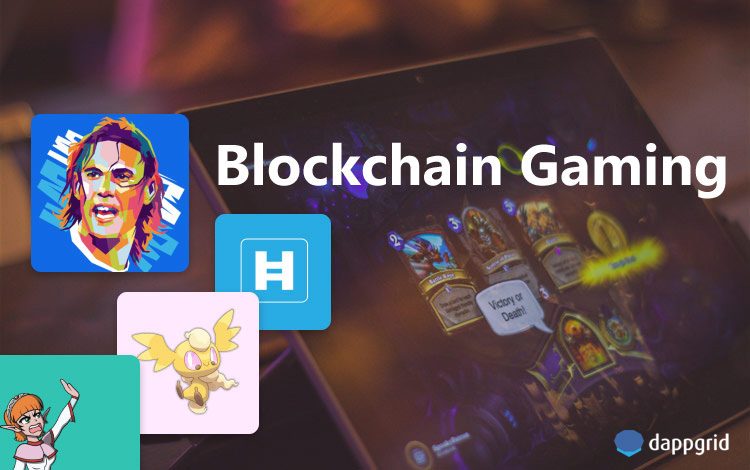 Blockchain gaming is relatively new but one of the hottest fields in the crypto space.

While overall dapp ecosystem can still be considered small, popular blockchain games usually have more users in total, suppressing most other type of dapps such as decentralized exchanges according to the data provided by Dapp.com

Blockchain games are basically any games whose backends are partly powered by blockchains. In fact, they most don’t differ much from traditional games.

Blockchain games are also developed with popular software for game development like Unity, and they consist of a frontend and a backend just like any other game, but the backend includes blockchain technology as well, so what is the difference between traditional games and blockchain-based games?

In this way, blockchain games give users true ownership of their items. Technically, no one including game developers is able to control your items or destroy their value.

However, in traditional games, as most of us have experienced, any kind of asset that we supposedly own can be taken from players at any time or it may worth nothing because of a little change made by developers.

Game developers surely don’t often take such actions that would make most of the users worse off. However, there is an overall uncertainty as to the ownership of items and the future of those games.

Worse, it is an multi-billion dollar industry and not do users play games for fun but they also invest their money and time in them. Since such traditional games are very centralized, there is no way for users to play and invest in the games with certainty.

Check out the article below for the cryptocurrency wallets you can use to store non-fungible tokens:

Blockchain brings another advantage to the games, whose assets are in the form of non-fungible tokens. Every player in blockchain games can trade their items without any restriction, thus an important part of the games becomes decentralized and the ability of players to make money by trading their items is not restricted.

Players of current blockchain games can sell their items for Ethereum, tokens and stablecoins in the marketplaces for crypto collectibles such OpenSea or Rare Bits.

OpenSea Review: How to Buy & Sell on OpenSea | OpenSea Fees

In short, powering the players, blockchain technology will eventually revolutionize the gaming industry. There is already a lot happening in the space of blockchain gaming, lots of games are being built on various blockchains.

In addition to Ethereum, other blockchains such EOS and TRON also shine in the space of dapps. You can check out many games on sites providing data about blockchain games such as State of the DApps.